In a currently-recent (but by the time you read this, long in the past) Chalkdust ((It’s a magazine for the mathematically curious)), @cshearer42 gave a puzzle that caught my eye.

Below the line are spoilers.

Tackling it tired, I took a bit of a sledgehammer to it: the line resting on the top-left of the lower-right 16-square has a gradient of $\frac{1}{2}$, so it cuts the outer square midway up the right edge.

Similarly ((ha!)), the other line from the bottom-left corner has a gradient of two and cuts the upper edge at its midpoint. 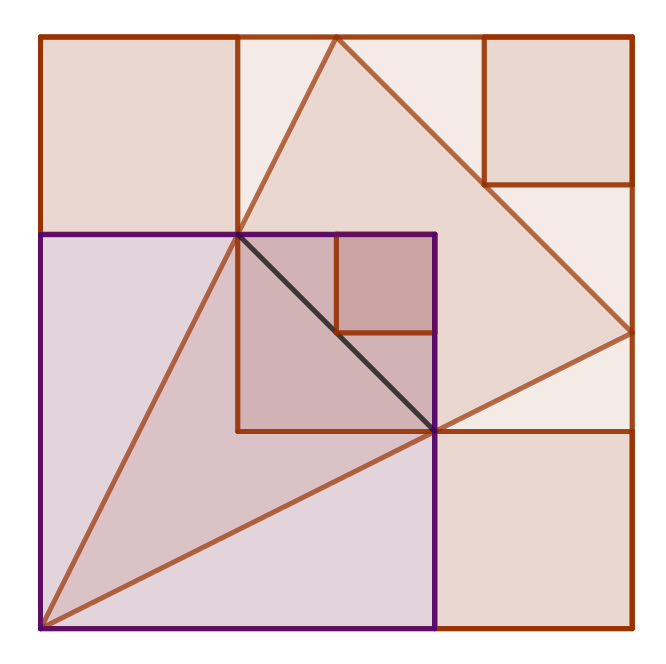 BUT, that diagonal is parallel to the top-right side of the big isosceles triangle in the big square - which makes it similar to the triangle in the purple square. Since the purple square has sides two-thirds the length of the big square, the target square has sides three-halves as big as the upper-quarter square from the last paragraph - so the area is 9!

Did you find another nice method? I’d love to hear about it.

Ask Uncle Colin: Do You *Have* To Be Such A Smart-Arse?

How big a lead can a football team have?